FAQs about Portable Power Stations For 2022

How is a portable power supply different than a generator?

Fundamentally, the difference is that portable power stations use rechargeable batteries rather than gasoline. What power stations lack in raw power compared to generators they more than make up for in portability and the ease of recharging rather than refueling. 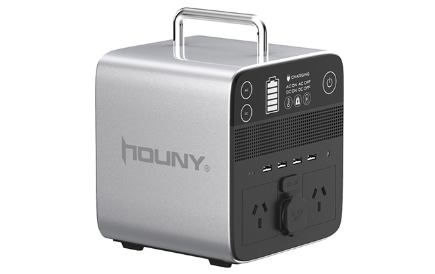 What is the best way to charge my power station?

In most if not all cases, the battery pack of a portable power station will charge fastest off a standard AC outlet. Solar panels can be attached to many power stations, but generally they charge very slowly until you get to the higher-end power stations. In a pinch, some power stations have a connection allowing for charging from a 12-volt car outlet, though that will take quite a bit of time.

There are many types of portable power stations: The most expensive, higher-powered batteries can run up to 12 hours. That time frame will be reduced as the battery pack ages.

Can my portable power station run my appliances?

What is the best power station for me?

That’s the big question. If you’re out camping for a weekend and just want to keep a tablet charged to watch movies, something light and without a ton of capacity will be just fine. More serious off-roaders or anyone spending long stretches off the grid will need something more heavy-duty. Road trippers in an RV may find something in-between works best.  Think about what you’re going to use a power station for, and where possible keep in mind the specific amounts of power you might need to make the best choice.