The Stop-Start System is a low-cost method for increasing fuel economy and decreasing emissions. The system turns off the internal combustion engine when the vehicle stops at a stoplight or during stop-and-go traffific where the vehicle would normally idle for a minimum of three to fifive seconds. BBC published an article on how UK rush hour drivers spent an average of 74 hours stuck in traffific in 2017. In reality, this is the case all around the globe—experiencing heavy traffific on a daily basis. To simplify the stop-start system is where the engine shuts down but other components continue to run such as the air conditioning system, power steering, brakes, sound system, etc.

Start-stop systems have been popular in Europe since the 1980s, but have only recently been introduced to the U.S. market. Audi, BMW, Chrysler, Daimler, Fiat, Ford, General Motors, Honda, Hyundai/Kia, Jaguar, Land Rover, Mazda, Nissan, PSA Peugeot, Citroën, Renault, Toyota, Volkswagen, and Volvo now offer models with start/stop systems in the U.S. The

popularity of these systems will likely continue to increase due to pressure to comply with corporate average fuel economy (CAFE) standards that currently target an average of 54.5 mpg by 2025. 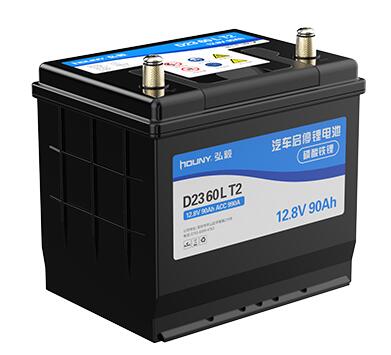 More than 70 percent of all new cars are equipped with a start-stop function. The aim of the automotive industry is to further reduce fuel consumption and, in doing so, reduce emissions. Particularly, it needs higher demands on the car battery. Therefore, more power and higher cycle stability are required. When the vehicle is stationary, the battery must provide the energy for the increased number of engine starts and the electrical loads in the car.

Drawbacks and Disadvantages of Lead-acid Batteries

In a research made by University of Wisconsin in September 2010 on Lead Acid Battery Maintenance and Safety Protocol, they noted that there's massive dangers from chemical burns in using lead-acid batteries since the electrolyte in a typical lead-acid battery is made up of approximately 36 percent sulfuric acid and 64 percent water. Furthermore, when a lead-acid battery is recharged, some of the electrolyte may evaporate and hydrogen gas will leak from the battery cell vents. Hydrogen gas is flflammable and could be the source of a fifire

outbreak. Lead-acid Batteries are also equipped with lead oxide electrode plates immersed in an acidic electrolyte and an automotive lead-acid battery can weigh between 30 and 60 pounds thus lifting a lead-acid battery inappropriately can cause serious injury.

LiFePO4 batteries are not the cheapest in the market, but due to a long life span and zero maintenance, it’s the best investment you can make over time. 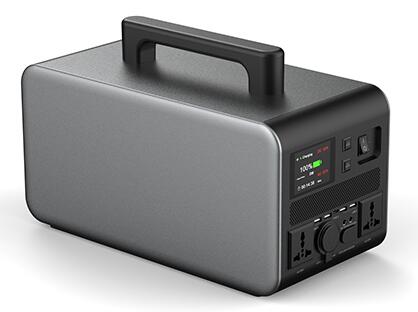 HOUNY lithium iron phosphate batteries (LiFePO4) have 100% of their capacity available. Additionally, their fast charge and discharge rates cause them to be a great fit for all sorts of applications. Fast charging reduces any downtime and increases efficiency. High discharge pulse currents deliver bursts of power in a short amount of time. The internal resistance of the battery is low, the output current is large and the ignition speed is fast. The peak horsepower is increased by about 4.5%, and the peak torque is increased by about 3%. Lithium iron phosphate batteries reduce fuel consumption by 5% compared to lead-acid batteries.

The peak value of HOUNY lithium iron phosphate electric heating can reach 350℃~500℃. Lithium manganate and lithium borate are around 200°C. The operating temperature range of lithium iron phosphate is -20℃~80℃. The operating temperature range of lead-acid batteries is -20°C~50°C which makes lithium batteries a good fit for various applications, including ones that undergo extreme temperatures. Lithium is the best option for applications that will exhaust the batteries or run in extreme weather conditions.

The battery has low internal resistance and high transient output power, which fully meets the demanding requirements for instantaneous high-current power supply when the speaker is in large dynamics, making the mid-bass sound thicker and the treble more transparent.

HOUNY Lithium iron phosphate batteries do not contain heavy metals and rare metals which are non-toxic, non-polluting, and comply with European RoHS regulations. Used batteries can be recycled, refined and reused.

For a more in-depth analysis on the differences and advantages of lithium Iron Phosphate vs. Lithium-Ion. Read here.